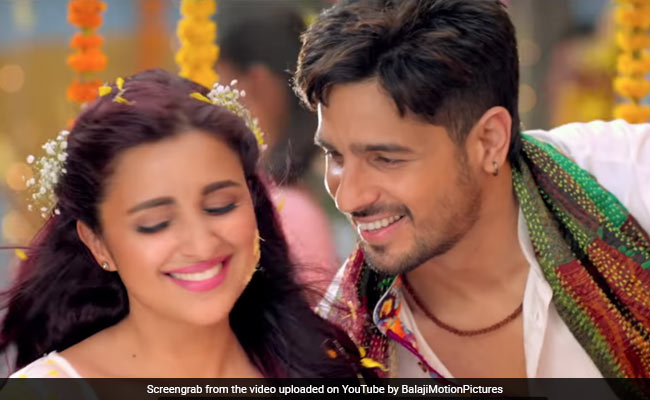 Jabariya Jodi Movie Review: Parineeti and Sidharth in a still from the film. (Image courtesy YouTube)

The male protagonist of Jabariya Jodi, a goon who revels in abducting dowry-seeking boys and compelling them to do marry against their will, takes eons to figure out that, be it pyaar or shaadi, the use of force should be a strict no-no. But no force in the world can stop the makers of this nondescript film from gravitating towards the pits. Not that they make any effort at a reversal. The audience, on its part, does not have to wait for two and a half hours to sense how disastrous this haphazard Bollywood take on Bihar’s forced marriages is going to be. Each minute of Jabariya Jodi, one as baffling as the other, feels like a lifetime wasted.

The utter lack of chemistry between the lead pair of Sidharth Malhotra and Parineeti Chopra, both completely out of sorts in this milieu, aggravates matters. Jabariya Jodi takes the wrecking-ball approach to filmmaking, which entails setting up a premise and quickly proceeding to pull to pieces the very next moment to make way for another listless, formless, short-lived plot detail, which is just as doomed as everything else in the film. Over 143 minutes, that leaves a hell of a lot of ugly debris around. The script, authored by Sanjeev K Jha, bears the imprint of a plethora of cooks (at least two other writers are credited for “additional screenplay”). Devoid of focus and logic and riddled with acting that borders on the shockingly amateurish, the film opts for the pursuit of concentric circles as its favoured narrative mode and ties itself up in countless unseemly knots in the process. The storyline is so convoluted that an attempt to make sense of it would be futile.

Jabariya Jodi has been filmed entirely in Uttar Pradesh. A raunchy version of Zila Hilela is bunged in early on in a bid to establish the Bihar setting. Soon enough, however, we hear good old Punjabi intrude into the mix by way of a love ditty, Ki Honda Pyaar. By the time the end credits roll a full-on Bhangra number is unleashed on the soundtrack. If this film keeps us guessing as to whether it is a comedy, a love story or an earth-shattering probe into a social malaise, it is also hopelessly clueless about its cultural moorings. The spaces where it has been shot, the places where it is supposedly set and the sounds that it employs in order to create an ambience are all at odds with each other.

The film opens in 2005 in a small town called Madhopur, the home of a feisty schoolgirl Babli Yadav and a cocky, entitled teenager Abhay Singh. The former pushes the latter into a river when he makes a pass at her. The two light-eyed kids develop a bond, but the girl leaves for the big city. Fifteen years later, the lightness of their eyes is gone – the love-struck youngsters have now been replaced by Parineeti Chopra and Sidharth Malhotra – and so is their bonding with each other.

Boxers for Men: A Casual Garment

In this fashion oriented word, there are a number of fashion garments present than ever before. In fact now a day’s there is a countless number of categories of boxers for men that one can’t even wear different boxers for every single day even for years. Even the boxers are like the important part for […]

Trend Alert: Camouflage Prints Are Making The Rounds For Men

Bring out your wild side while blending in with camouflage In the words of a fictional character, ‘Winter is coming.’ It is preceded by fall feels and autumn vibes and makes for an exciting time, especially when you get to see what the upcoming season has in store for us. Women’s layering options, footwear choices […]