There’s no denying that Kareena Kapoor Khan and Karisma Kapoor make for a stunning duo in Bollywood. Now, there are a lot of sister duos in the industry – such as Shilpa Shetty-Shamita Shetty and Malaika Arora Khan-Amrita Arora – but no one has been able to entertain us like the Kapoor sisters. Won’t you agree? 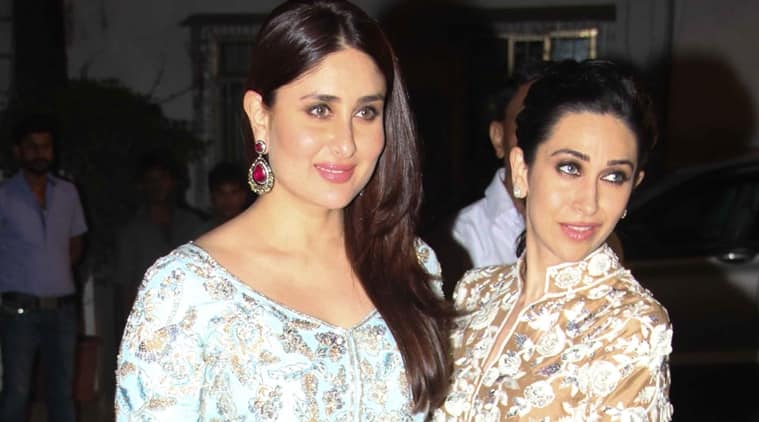 Karisma-Kareena have been busy creating benchmarks with their sophisticated sense of style and, of course, their oomph factor. From knocking each and every appearance – be it official or off-duty – out of the park, to setting style goals in resplendent ethnic wear, they are doing it all. When Kareena was pregnant, expecting mothers everywhere were taking copious notes on how to get their maternity style on point because it was absolutely brilliant. In fact, we would say she was the best-dressed during those nine months. Keeping her company was maasi Karisma.

Now, at their father’s 70th birthday party thrown by Kareena, both the sisters were seen wearing their favourite designer and friend, Manish Malhotra’s outfits. While Kareena picked a powder blue suit with gold embroidery on it, Karisma chose a beige outfit with beautiful white embroidery. Both of them paired it with metallic silver sandals. We recognise that Kareena was wearing Yves Saint Laurent heels.

Keeping in mind the full-body embroidery, the younger sibling went with minimalist styling and complemented it with pretty earrings from Amrapali Jewels while the elder one rounded it with soft smokey eyes, nude lips and a pair of simple studs.

From Rihanna To Miley Cyrus, See The 11 Women Who Have Won Summer

It’s been a #HotGirlSummer of Barbie-pink feathers (Rihanna), crop tops (Miley Cyrus and Normani) and kaftans (Kate Moss and Kris Jenner). Amid the fashion highlights, these 11 females have bossed the recent months in ways that aren’t related to Instagram content. Megan Rapinoe made herself a “walking protest” during the Women’s World Cup, Halle Bailey […]